The Bony King of Nowhere (BE) – pop 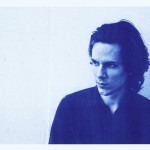 Over three years after the release of his latest record, Belgian singer-songwriter Bram Vanparys finally returns with breathtaking new music. His songwriting has often drawn comparisons to the music of Bob Dylan and Neil Young, but the new record ‘Silent Days’ reveals that Vanparys has been on a journey into new musical territory.

After ‘Wild Flowers’ (2015), which he recorded in Los Angeles with Ray LaMontagne’s former live band, Bram Vanparys bought an old trailer and went living in the countryside to work on his new sound. A harsh winter and a tragic breakup with his wife set the mood for a new set of songs and soon he started recording again.

‘Silent Days’ comprises both classic songwriting reminiscent of the old masters such as Leonard Cohen and Bob Dylan and on the other hand dark, complex arrangements that refer to late Talk Talk and even Radiohead. Bram’s lyrics are deeply honest, touching, but never sentimental and his once so angelic voice now sounds hoarse and mature.

The Bony King of Nowhere is the pseudonym of Belgian singer-songwriter Bram Vanparys. He released his debut album ‘Alas my love’ to critical acclaim in 2009, which was followed by his second and most celebrated album ‘Eleonore’ in 2011. In the aftermath of ‘Eleonore’ he was asked to write the film score for the movie ‘Les Géants’, for which he was awarded by Les Magritte du Cinéma for best original soundtrack.