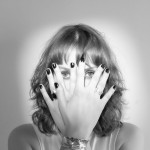 Kate Davis’ triumphant debut album, Trophy, blends precise pop melodies with raw, emotive lyrics, and a sonic edge. With its sparkling hooks and gritty guitars, Trophy shows Davis throwing off the trappings of her jazz training in favor of a lush, contemporary sound. Having written the entirety of Trophy in her Harlem bedroom over a four-year period, Davis launched a Kickstarter campaign in 2017 to fund the album’s recording and production, crowd-sourcing nearly double her fundraising goal in less than a month. The resulting album, which explores the loss of Davis’s father and the growing pains of early adulthood, marks the emergence of a masterly and propulsive new talent.