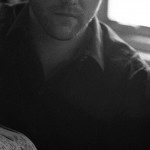 Inside the soaring vibrato-laden tenor and the catchy rock / folk melodies, you can feel the pain, the redemption, the sorrow, and the transcendence in the voice of a young man who is, as Shane Claiborne puts its, “…a poet and a troubadour; a provocateur of dreams and an instigator of movements. Most of all, he is a friend. He is a friend of mine, but he is also a friend of many down-and-out people the world has stepped on, pushed aside, and tried to ignore. His voice becomes much bigger than his own, and his stories tell the stories of injustice and freedom that are thousands of years old. Listen, and be inspired to do something daring with your life.”