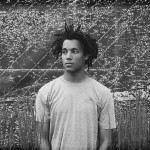 From growing up in Dallas, to “studying” at Yale, and eventually moving to Nashville, music has always been a big part of Conner’s life, but it wasn’t until seeing success on the HypeMachine platform that he decided to do it full time.
His music combines lyrically and sonically to paint a vivid picture that is both ambient, yet focused. The production results in a sound much bigger than your typical singer / songwriter. Combining a wide range of influences from bluegrass to hip-hop with very eclectic instrumentation, Youngblood decidedly carves out his own niche.

Following on from “Confidence”, Conner released his sophomore EP The Generation of Lift in the Fall of 2015. Conner self-produced the five-track compilation, showcasing his songwriting and knowledge of roughly 30 instruments over the course of its 18-minute run time. Since its official release on October 9, 2015 The Generation of Lift has reached over one million streams on Spotify. On the heels of the release, Conner shared a video for “The Badlands,” which premiered on Nowness and was selected as a Vimeo Staff Pick.