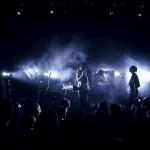 “The Chickn album is possibly the most interesting Prog/Psych album we have heard this year. It avoids the usual Prog/Psych Rock clichés that blight the genre and looks further afield for inspiration.”

“Chickn is not a retrophiliac album. Fortunately it does not smell incense sticks and can go beyond a nostalgic reminiscence of Grateful Dead and Jimi Hendrix. [...] Only them could probably tell how can they play “hippie” music without sound like a hippie”

“Angelos doesn’t always sound like Morrison, but he does have a quality to his voice that, like Morrison’s, makes every syllable sound mysterious, so when he sings a spooky song like “Omens” the level of intrigue goes through the roof”